What are occasional invaders?

Occasional invaders include a wide number of common pests found throughout the United States that affect homeowners every year. While primarily a nuisance, in some cases these pests can do damage to your home or personal items. However, the main problem they pose comes from the annoyance you’ll face when you have to deal with them. 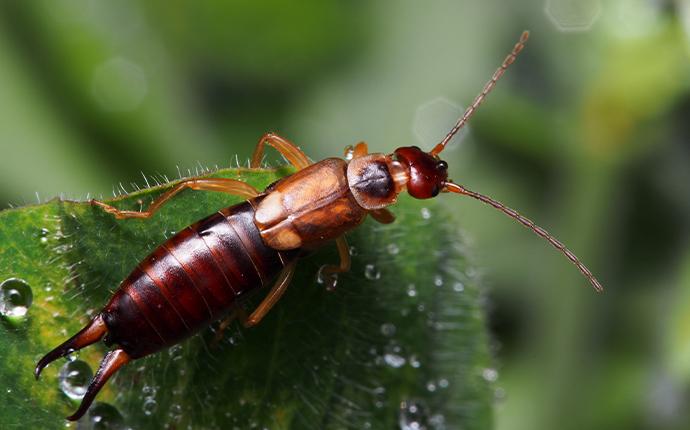 Centipedes are long, flat arthropods with highly segmented bodies, with each of their body segments containing one pair of legs. They are named for their mass of legs, though the actual number can fluctuate widely from just over a dozen to almost 200. They typically range in length from under an inch to 6 inches long.

Centipedes are carnivores and will feed on worms, spiders, silverfish, and other small vertebrates. While they are able to move very quickly, they have poor eyesight, so they primarily rely on touch and smell to find their prey. Centipedes are mostly nocturnal, hiding during the day and emerging at night to forage.

Centipedes are generally found outside. During the day, they like to hide in dark damp areas like under stones, mulch, leaf piles, and rotting logs. If those same conditions can be found indoors, centipedes will come inside, which is why they are often found in crawl spaces, basements, closets, and bathrooms. Centipedes are exceptionally skilled at hiding in the dark cracks and crevices of your home.

Also known as “pincher bugs”, earwigs are easily recognized by their long, smooth bodies and pair of appendages at the tip of their abdomen called “cerci”. They grow to about 5/8 of an inch long, with dark brown to reddish-brown coloration.

Their name is derived from the myth that these insects would enter human ears, burrow into the brain, and lay their eggs inside. However, you can rest easy – they don’t.

Earwigs are typically outdoor insects, found in damp areas with lots of moisture. However, in hot or dry days, that can be pushed inside, especially if damp, dark areas are available within the home. Typical indoor hiding places are under rugs or potted plants, in stacks of newspapers and similar locations. During the night, they will come out to feed on decaying plant material as well as other insects, including fleas and mites. Occasionally, earwigs may be brought inside with the morning newspaper, lawn furniture, or other outside items that they were resting beneath.

Asian lady beetles are similar but distinguishable from ladybugs. At about 1/4 inch long, they are slightly larger than ladybugs, with coloration that ranges from mustard-yellow to dark reddish-orange instead of bright red. Often, a number of spots are present on the wing covers, but the number varies, and in some specimens, the spots are absent.

The key identifying marks on this beetle are two white, oval markings on the pronotum (just behind its head) and an M-shaped marking may also be present on the pronotum. This beetle (6 to 10mm) is slightly larger than the two-spotted lady beetle (4 to 5mm). Larvae are primarily black with orange lateral stripes.

Similar to centipedes, millipedes are also long, segmented arthropods, but they are generally smaller, making up for their smaller size with vastly more legs. Millipedes are typically brown or black in color and tend to range from 1 to 2 inches in length. Unlike centipedes, millipedes have two sets of legs for every segment of their body instead of one. Their legs also make a distinctive wavelike motion as they crawl along surfaces. Though its name implies it has a thousand legs, it actually has somewhere between 60 and 400.

Most millipedes feed on damp and decaying vegetation and leaf litter. They spend most of their lives in the soil, but may also overwinter in leaf litter and debris found under trees.  Occasionally, millipedes will make their way from their moist living conditions into homes, but will typically die because of lack of moisture and food. Millipedes are also attracted to light and may be found in large numbers around patios, driveways, decks, and commercial buildings and in parking lots.

Silverfish are small gray insects with a long, slender, flattened body measuring from ½ to 1 inch in length. It derives its name from the light grey and blue coloring which can shimmer and look silvery as it moves its gradually tapering body across floors and surfaces in an almost fish-like manner.

Silverfish are known to chew holes in clothing, upholstery, and paper products they come into contact with. Their feeding habits can be quite destructive in the event of a severe infestation. Silverfish like humid areas of moderate temperature and are especially fond of kitchen cupboards, basements, laundry rooms, attics, and under bathroom sinks - these places also provide them with lots of potential food to eat.

Getting rid of silverfish can be a difficult task as they are generally nocturnal and can move about the entire property in search of food and a place to nest. Due to the nature of silverfish, they can be extremely elusive pests, hiding in cracks, attics, cupboards, and under floors. The fact that they eat everyday items also makes it very difficult to prevent them from damaging your property.

Springtails are six-legged arthropods with tiny, soft bodies ranging in size from 1mm to 6mm. They tend to dwell in soil, leaf litter, and other humid areas. Inside homes, they are commonly found around window sills damaged by moisture, or around showers, tubs, and sink areas.

Although they occur in a range of colors, to the naked eye they may simply appear as a very small grayish speck that moves, or “jumps.” While a springtail cannot actually jump with any of its six legs, it gets its name from an appendage (resembling a tail) that is used to hurl the springtail into the air and away from predators when it is feeling threatened.

Although Springtails typically reside in soil outdoors they will invade homes where humid conditions are present. Areas such as kitchens, bathrooms, and damp basements are likely spots to find these creatures. They are also found around window frames and if there are overwatered potted plants you’ll find springtails in abundance.

Bird mites are minuscule parasites that typically affect birds. An adult bird mite typically measures less than 1 millimeter (mm), with a white or grayish oval body, hairy back, and eight legs. Although bird mites are a pest, they aren’t a parasite to humans. They typically live on the skin of different birds including chickens but can find their way into homes and other structures.

Bird mites live on and feed on the blood of birds. Without bird blood, they can’t complete their life cycle. A bird mite can develop from egg to larva to nymph to mature adult in about 1 week. Some mites die within 7 days, but others can live up to several weeks. These mites originate in birds like chickens, pigeons, sparrows, and starlings, but can also live near bird nests. They prefer warm climates, so they’re typically active during the spring and early summer.

Clover mites are minuscule parasites about 1mm large with red coloration. To the naked eye, they are no more than tiny red bugs and appear no larger than a pinhead. During the spring and fall, females lay vibrant red eggs in dry, protected cracks and crevices, most popularly around bricks and under siding. When they hatch, clover mite offspring are identical clones of their mothers.

For the most part, clover mites feed on clover, grassy lawns, plants and weeds and tend to appear by the thousands in the spring and fall months. However, clover mites will also crawl from the ground to invade your home through cracks and tiny openings around windows and doors. Inside, you may find them crawling around window sills, on walls, or directly on windows. No larger than a pinhead, these red bugs will leave behind a tell-tale stain when smashed.

While the danger level will vary, the main reason people dislike occasional invaders comes from the nuisance factor they bring when they swarm homes. Occasional invaders are not generally considered dangerous and instead as nuisance pests; however, in some cases, these pests can do damage to your home or personal items, especially in the case of silverfish. However, their nuisance can also serve a benefit, as their presence can indicate other issues that you may not have been aware of, like moisture problems in your home.

Steps You Can Take To Prevent Occasional Invaders In Western Washington

Why To Call Guard Pest Control For Help With Occasional Invaders

Occasional invaders can be particularly difficult pests to eradicate. These pests are often tiny, and while they may not be as tenacious as some pests, they tend to infest homes in significant numbers when they become a problem, making DIY pest treatments ineffective as they fail to eliminate the entire infestation.

Even if the pest that’s bothering you isn’t an immediate threat, it’s always best to leave it to the professionals. DIY pest control generally does not address the root of the problem, while it may get rid of the pest for a short period, they will often come back. That’s where a professional home pest treatment regiment from Guard Pest Control comes in.

An inspection and treatment by our Snohomish pest control professionals can help eliminate these pests and identify issues that may be contributing to their presence. No matter what pest is bugging you or the size of the infestation, Guard Pest Control can help. Our team of pest experts have all the tools and know-how you need to make any occasional invader around your home a distant memory. Contact us today to find out more about how we can help.

Shawn was on time. He was thorough, went above and beyond to explain everything to us, did a solid inspection of the home (and removed the dead rodents causing the smell!), set the traps, and made sure that all of our questions were answered. Highly recommend!

What To Do About Carpet Beetles In Your Snohomish Home

Is It Dangerous To Have Silverfish In My Everett Home?

Silverfish are home-invading pests in Everett that look extremely odd. They can even destroy belongings once they get inside of area properties. Find out how to prevent these pests, and what to do if…

How To Keep Rats Away From Your Snohomish Property

Worried about rats getting into your Snohomish property? You aren’t alone. Check out our latest blog post to learn more about how to keep them away from your property.