Small, brown, and generally considered disgusting, cockroaches are a problem no one wants to have. If you’ve ever had one scurry by you, you know why. But they’re more than just a creepy nuisance: they’re a dangerous one, and one that can be incredibly difficult to deal with as a home or business owner. 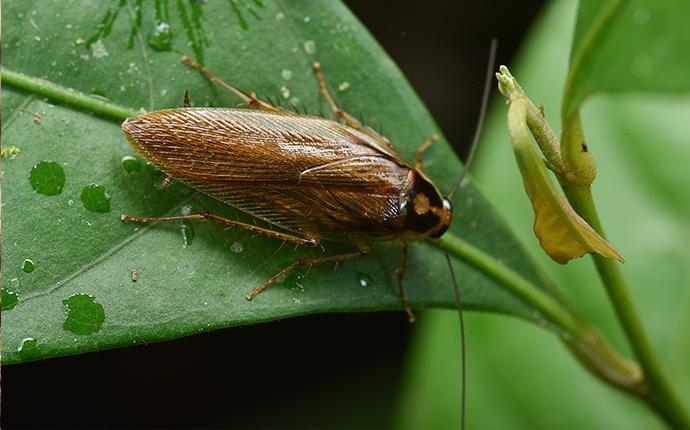 While foraging for food, they often enter inside through spaces in the foundation or underneath doors; but the main way these invasive cockroaches enter homes and other buildings is by hitching a ride in cardboard boxes, used appliances and furniture, grocery bags, and other deliveries and packages. Once inside, cockroaches can often be found living in large numbers in warm, humid places like kitchens and bathrooms.

Types Of Cockroaches In Western Washington

German cockroaches are dark brown in coloration and about 1/2" - 1 3/4" of an inch in length. They can be identified by the two parallel black stripes placed right behind their head. The female has a wide abdomen, while the male has a narrower shaped abdomen.

The German cockroach is the most common cockroach found in the Pacific Northwest and the most common species of cockroach worldwide. They are commonly found in kitchens and bathrooms as they prefer warm and moist locations with easy access to food sources. While capable of flight, they more often scurry across surfaces to get where they are going or to elude capture. German cockroaches breed very quickly, as each female can carry 40 eggs and there can be as many as 6 generations produced per year.

German cockroaches are very dangerous, having been shown to spread bacteria, parasitic worms, and several human-affecting pathogens. Studies have also linked the cockroach to allergic reactions in children and exacerbation of asthma.

Also called “waterbugs,” Oriental roaches are smooth and black in appearance, growing to about 1 inch in length. The female has a wide body while the male’s body is more narrow. While the male’s wings are more developed than the females, neither are capable of flight. Oriental cockroaches are known for the musty odor they leave behind anywhere they go, which can be an early warning sign as to their presence.

Outside, Oriental roaches are typically found living in moist, damp areas such as sewers, in garbage, or in wood piles. They can also be found underneath mulch, under landscaping timbers, and in fallen, decaying logs. If the weather becomes too hot or dry for them, they will make their way inside buildings to seek a more humid environment,  getting inside through cracks and crevices in the foundation and exterior walls, through the spaces underneath doors and around windows, and through floor drains and pipes. When living inside, they are typically found in basement areas and crawlspaces.

Cockroaches are very dangerous inside human residences due to the huge number of viruses, bacteria, and parasites they can spread. They pick up bacteria on their bodies and spread it to any food or surfaces they come into contact with. Their shed skins and feces can spread dysentery, salmonella, and a host of other dangerous and even deadly diseases. They can also have other negative effects, such as causing diarrhea or triggering asthma attacks, especially in young children.

Oriental cockroaches also have the ability to bite people, but bites generally only occur during very large infestations – at which point the other health hazards they pose are often more pressing.

Steps You Can Take To Prevent Cockroaches In Western Washington

Cockroaches are very difficult pests to treat once they get inside a structure, making prevention all the more important. However, there are some helpful steps you can take to lower your risk for cockroach infestation, including:

Why To Call Guard Pest Control For Help With Cockroaches

Cockroaches can enter homes through small cracks and crevices, able to squeeze into holes as small as 3/8 inch wide. This factor, combined with their natural climbing ability, allows them to very easily get into almost any location. And if they smell food inside, you can rest assured that they will try to find a way to break in.

Even worse, eliminating them once they get inside can be next to impossible. While there are numerous DIY products on the market designed to eliminate cockroaches, these products are mostly ineffective at completely eliminating all the adults, nymphs, and eggs inside it unless you know exactly where to look. Cockroaches are very adaptive to their environments and breed quickly, so failing to treat the whole problem at once will just allow it to return in full force a short time later. Simply put, going up against an infestation on your own is a recipe for disaster.

If roaches have started making their presence felt around your western Washington home, don’t leave your property at risk: contact the pest professionals at Guard Pest Control for help. We have the tools and know-how to eliminate cockroaches from your home. Contact us today to find out more information about our Snohomish pest prevention methods.

The Trick To Effective Flea Control In Your Monroe Home

There are a lot of things people don’t understand about fleas, and if you don’t get the facts, you could wind up with a frustrating, and even dangerous, infestation.

Spiders are creepy, potentially dangerous pests that are common invaders of homes and businesses. Whether you see them out in the open or just their pesky webs they leave everywhere, spiders are…

What Snohomish Homeowners Ought To Know About Odorous House Ants

Smell is an awfully important sense. It triggers fond memories, and we often associate something’s smell with how we feel about it. There’s just something about a nice-smelling house that makes…